A deed of release is a document used when parties settle legal disputes. It is used to indicate that the parties involved have agreed to the terms of the settlement and that they are legally bound by it. This document usually includes clauses that address any potential liability or damages, as well as outlining the rights or obligations of each party involved in the dispute. It can also be used in other types of situations, from settling debts with creditors to canceling contracts.

In this blog post, we’ll explore what a deed of release is, when you should use one, different types of deeds of release, essential provisions, and more.

What is a Deed of Release?

A deed of release is an agreement between two parties which outlines the resolution to their dispute and establishes that each party has given up their right to take action against each other. The main purpose behind this document is to ensure that all claims are settled as soon as possible without having to go through litigation or arbitration processes. It also serves as an acknowledgment that both parties agree with the terms outlined in the agreement and will abide by them once it has been signed by both parties.

The Consumer Financial Protection Bureau, a U.S. government agency, has a printable sample template you can use as an example.

When Should You Use Deeds Of Release?

A deed of release should be used whenever there is an ongoing legal dispute between two or more parties which needs to be resolved quickly and efficiently without resorting to expensive litigation processes. This document can also be used in cases where one party wishes to cancel an existing contract or agreement with another party, such as canceling an order for goods or services. In addition, it can also be used for settling debts with creditors or for resolving disputes between employers and employees when either party wishes to end the employment relationship on mutual consent.

What Are The Different Types Of Deed Of Releases?

There are several different types of deeds of release which may be suitable depending on your particular situation and requirements. These include:

Each type has its own specific clauses which must be included in order for it to be legally valid and enforceable by law.

What Are The Essential Provisions In A Deed Of Release?

The essential provisions found in most deeds of release include:

What Is The Difference Between Deed Of Release And Deed Of Settlement?

While both documents serve similar purposes—resolving disputes out-of-court—there are some differences between them which you should consider before deciding which one best suits your needs: A deed of settlement typically involves more complex negotiations since it deals with issues related to compensation for damages incurred due to breach of contract, etc. Whereas a deed of release is often simpler since it only requires both sides agreeing not to pursue further legal action against each other regarding specified matters mentioned within it; additionally, unlike deeds of settlement where court approval may sometimes be necessary in order for them to become legally binding after being signed by all parties involved, deeds of release become automatically enforceable upon signature from everyone involved without needing any input from court system whatsoever. Frequently asked questions about deeds of release are provided below to help you understand the purpose, use and details of this important legal document.

Is a deed of release necessary?

A deed is necessary if two or more parties involved in a dispute wish to resolve it out of court without resorting to expensive litigation processes. This document can also be used to cancel an existing contract or agreement with another party, or for settling debts with creditors.

Who issues a deed of release?

A deed can be issued by either one or both parties involved in the dispute. It is important that all terms and conditions should be agreed upon before the deed is prepared and signed.

How can I get a deed of release?

A deed of release can be prepared by a lawyer or other legal professional depending on the nature and complexity of your particular situation.

What is the processing time for a deed of release?

The processing time may vary depending on the complexity of the deed and any additional clauses or provisions. Usually, it will take one to two weeks for a deed of release to be fully completed and signed by all parties involved.

Do I need a lawyer for deed of release?

In most cases, it is recommended that you seek legal advice before signing any deed of release. This is because deeds of release involves complex legal matters and it must be done correctly in order to be legally binding. A lawyer can help you understand the deed and ensure that all terms are fair and reasonable for both parties

Do both parties have to sign the deed of release?

Yes, both parties must sign in order for it to be legally valid and enforceable. This is because it involves mutual consent which must be agreed upon by all parties involved in order for the deed of release to take full effect.

What happens after signing a deed of release?

Once the deed has been signed by all parties involved, it is legally binding and enforceable. It means that the dispute will be considered resolved and no further legal action can be taken in regards to the specified matters mentioned within it.

Is a deed of release legally binding?

Yes, a deed of release is legally binding and enforceable by law once it has been signed by all parties involved. This means that both parties must abide by the terms and conditions mentioned within it and failure to do so will result in legal action being taken against them.

What are the legal consequences of not signing a deed of release?

If one or both parties fail to sign the deed of release, then the dispute may end up being taken to court and litigated. This can be very expensive and time-consuming which is why deed of releases are often used as a cost-effective way to settle disputes out of court.

What happens if the deed of release is breached?

If any of the parties involved in the deed of release breach its terms and conditions, then they can be held liable for damages or financial losses incurred as a result. Depending on the severity of the breach, it may also lead to criminal prosecution in some cases.

What is the difference between deed of release and deed of settlement?

What is a deed of partial release?

A deed of partial release is a document that can be used when only some of the parties involved in a dispute agree to settle it out of court. This document involves the parties agreeing to waive their claims against each other regarding specified matters mentioned within it, without settling the dispute in its entirety.

What is a release deed transfer of property?

A release deed transfer of property is a legally binding document used to transfer ownership of real estate from one party to another without requiring any additional court proceedings. The deed of release must include all pertinent details and be signed by both parties in order for it to be valid and enforceable.

Is a release of mortgage the same thing as a deed?

Whether you’re looking for a quick resolution without going through costly litigation procedures or simply need something more comprehensive than just signing off on some form letters–deeds of release offer you a viable alternative! We hope this comprehensive blog post gave you all the information needed so you can make informed decisions about using this document whenever needed from understanding what exactly they are and when you should use them, to knowing essential provisions needed within these documents. If you are divorced, you may be wondering if you are entitled to social security benefits from your ex-spouse. The answer is: it depends. In… 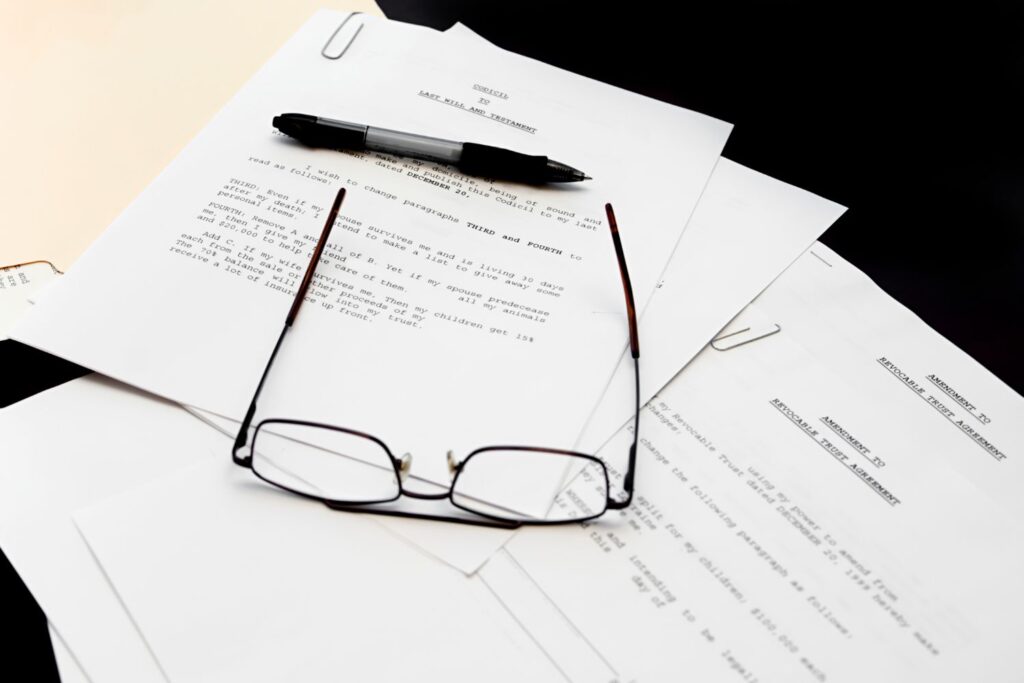