Religion and money are two complex topics that often provoke strong emotions. People have different views on how religion and money should be connected, but it is ultimately up to the individual to decide how they will use their own wealth.

In this blog post, we’ll take a look at the different ways religion and money are connected, and explore some of the richest religions in the world. But what if we could use our religion to actually make more money? Wouldn’t that be the perfect combination?

A Short History of Religion and Money

Religion and money have been intertwined since the very beginning. The world’s richest religion, Christianity, has its roots in Judaism, a religion that has always placed a premium on monetary giving. Buddhism, another major world religion, also places an emphasis on giving, but not necessarily in the form of money.

In the modern day, we see religious leaders of all stripes talking about money. Some, like televangelists, seem to focus exclusively on money and how to get more of it. Others, like the Dalai Lama, emphasize the importance of giving and helping those in need. No matter what your religious beliefs are, it’s important to understand the role that money plays in religion.

Different religions have different views on money. Generally speaking, Christianity and Islam view money as a necessary evil while Buddhism takes a more positive view of it.

Some believe that Christianity teaches that money is the root of all evil and that humans should not place their trust in material things. Jesus Christ himself said, “It is easier for a camel to go through the eye of a needle than for a rich man to enter the kingdom of God.” (Matthew 19:24). In other words, those who place their trust in money will never find true happiness. Some argue that this contradicts what the Bible says about income diversity.

Islam also teaches that money is not something to be worshipped. The Quran says, “Do not set your hearts on wealth and riches; instead seek God’s guidance.” (Quran 3:180). Muslims are taught to give charity generously and to use their wealth to help others. They are also warned against being greedy and accumulating too much wealth.

No matter what your religious beliefs are, it’s important to remember that money is only a tool. It can be used for good or for evil. It’s up to you to decide how you’re going to use it.

How Are Religion and Money Connected?

Religion and money have always been closely linked. Different religions have different views on money, but all agree that it is a tool that can be used for good or for evil. It’s up to you to decide how you’re going to use your own wealth. Will you use it to help others or will you allow it to control your life? The choice is yours.

There are a few different ways that religion and money can be connected. One way is through tithing, which is when followers of a certain religion donate a percentage of their income to their church or place of worship. Tithing is common in Christianity, Judaism, and Islam.

Another way that religion and money can be connected is through the building and upkeep of religious buildings and landmarks. Places of worship such as temples, mosques, and churches can be very expensive to maintain, and donations from religious followers are often used to cover these costs.

Which Religions Are the Richest?

How To Use Religion To Make Money There are many different ways to tap into the power of religion to make more money. If you are willing to put in the work, you can find a way to use your religion to succeed financially.

Use your religion to create a niche market. There are many people who are willing to pay more for products and services that are in line with their religious beliefs. If you can tap into this market, you can charge a premium for your goods and services.

Use your religion to create a brand. A strong brand can be a powerful asset for any business. If you can create a brand that is associated with your religion, you will be able to tap into a whole new market of potential customers.

Another way to use religion to make more money is by becoming involved in religious organizations and charities. These types of organizations often have good paying jobs available. By using your time and talents, you can make a difference in the world – and make some money while you’re at it.

In The Automatic Millionaire, David Bach says that tithing is a great way to show your faith, but it can also be a great way to get ahead financially. He recommends automating your charity givings to become successful. This is because when you  give, you get back success using the law of attraction. Your contributions are also a tax deduction on your income taxes.

Religion and money are two complex topics that often provoke strong emotions. People have different views on how religion and money should be connected, and there is no one right answer. What matters is how you use your own wealth. Will you use it to help others or will you allow it to control your life? The choice is yours. 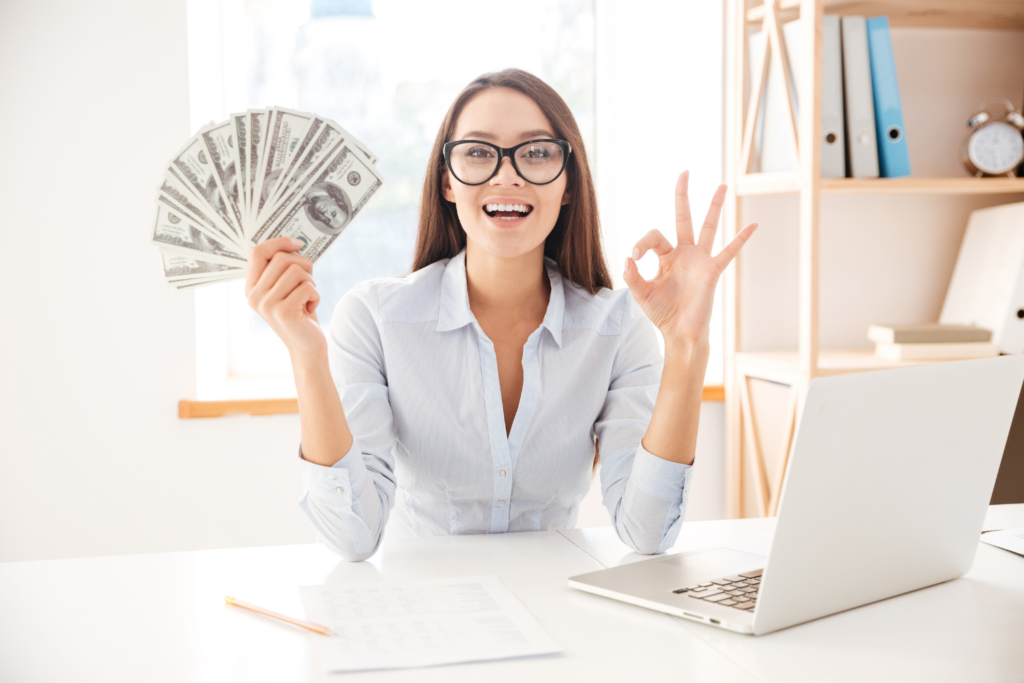 Who doesn’t want to make some extra money? We could all do with a boost to our income, but sometimes we don’t know where to… There are many ways to make money from home, but not all of them are created equal. If you want to boost your income while… These five simple tips on how to save money, make money doing what you love, or just break even can help keep a budget on… People have been using the law of attraction for centuries to manifest their dreams, and vision boards are the secret to making the law of…